Letters and Sounds is used to teach Phonics in Year 1.

Most Year 1 children will begin to learn different ways of spelling phonemes (sounds). A grapheme is a letter or group of letters representing a sound.

Children might work on forming lower case letters in the right direction, starting and finishing in the right place. Children must be able to write capital letters in Year 1 and form digits to 9 correctly.

Number - Number and Place Value (Tens and Ones): 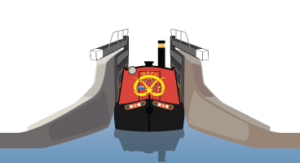